Is it a good idea to 'crush it to the max' all the time? Probably not.
READ TIME: 5 mins
Ian Tan
Ritual Co-Founder 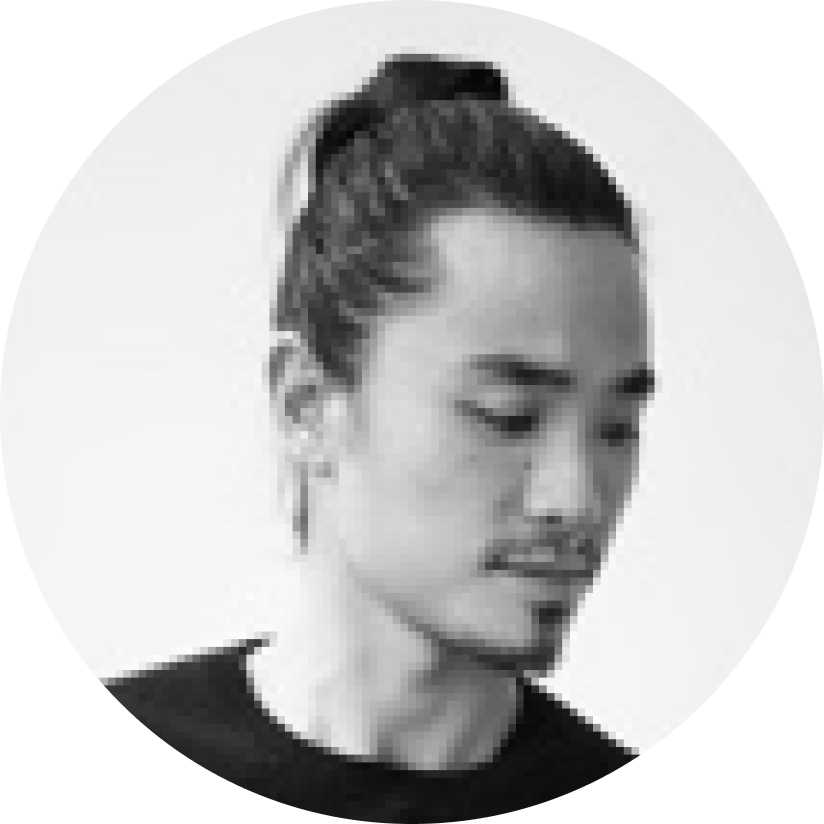 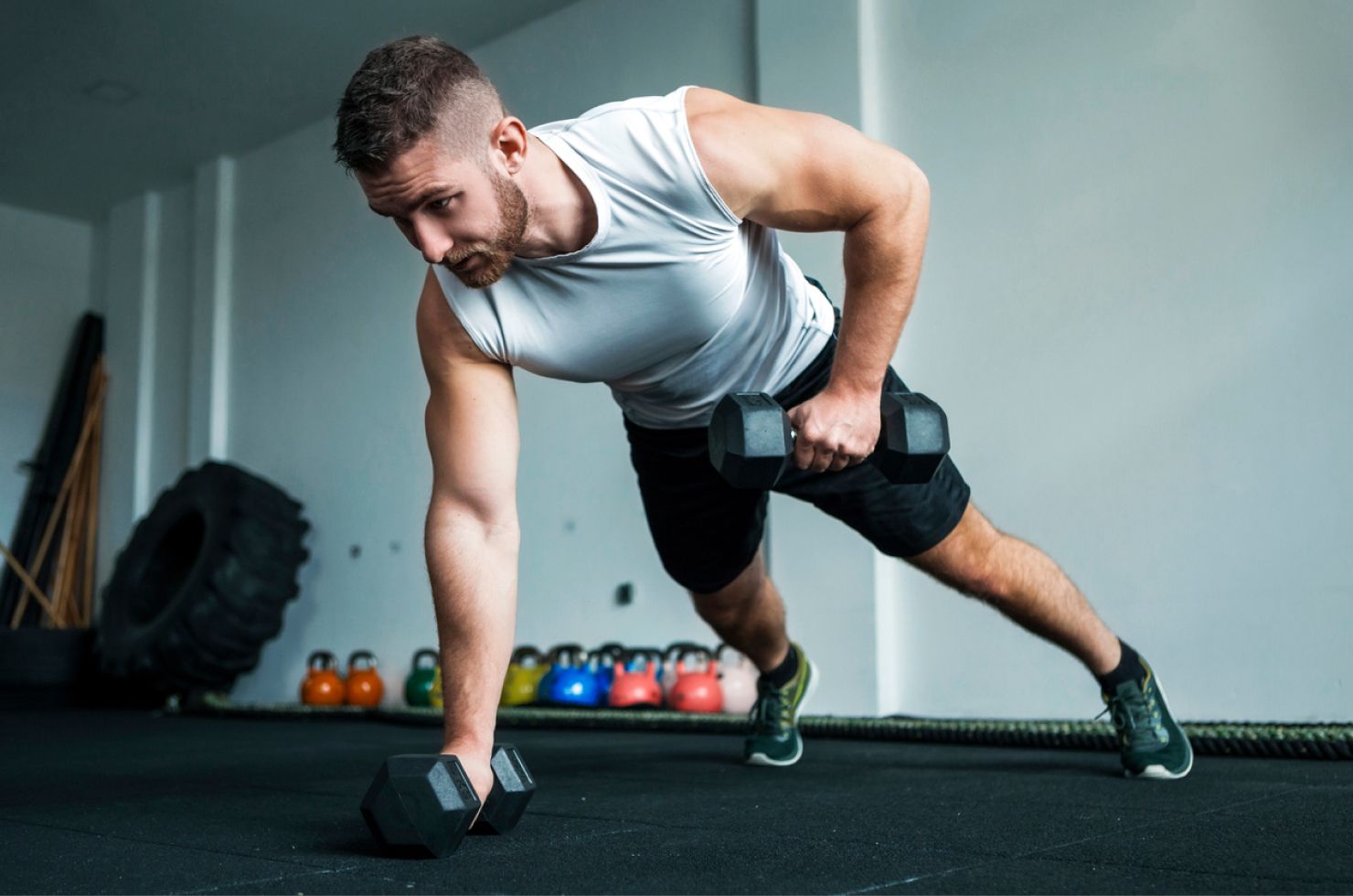 World-renowned track and field coach Henk Kraaijenhof is famous not just for the hugely successful work he’s done in the field of sports science and coaching, but also for this quote:

Consider this: Kraaijenhof has spent his career working with some of the finest athletes on the planet—Olympic sprinters, top-level professional footballers, grand slam-winning tennis players. We’re talking about some of the finest human specimens the world has ever seen.

However, despite their dedication to physical performance, and likely genetic favorability, Kraaijenhof still recommends a rational, efficiency-based approach, rather than the maximally-taxing approach that you might think such high performance would require. In other words, he prioritizes improvement over fatigue, and a smart approach over an extreme approach.

On the flip side, the fitness and wellness industry, that primarily caters to us mere mortals, is constantly 'inspiring’ us to go harder, do more, and ‘be a warrior’ who ‘eats workouts for breakfast’. While this messaging clearly resonates with some people, it completely ignores the realities of a busy person's life, where high stress levels, less-than-optimal nutrition and insufficient sleep are most likely the norm.

The fact is, most of us don't—or can't—live our lives the way athletes do. That’s okay. We just need to adjust our dose of exercise accordingly. Since working out is a stressor, 'crushing it to the max' all the time isn't necessarily the best approach for everyone, despite what a bunch Instagram influencers may tell you.

In a culture where the ability to power through fatigue and handle even more is seen as a positive character trait and an indication of being ‘likely to succeed in life’, it’s sometimes hard to convince people to approach exercise rationally.

While it can be helpful to use exercise to vent your frustrations (in itself a great benefit of working out regularly), we need to be careful about allowing that to become competitive. Longer high-intensity workouts, more weight, and trying to beat Alex aren’t the smartest ways to work on your long-term health, because they aren’t sustainable and risk running you into the ground.

Instead, how about this: let’s get you the results you're looking for, but let's keep it science-based, let’s keep it safe and responsible, and let’s make it about health, improvement and betterment—not the senseless pursuit of fatigue.

To put all this into perspective, ask yourself the following three questions to help align your thoughts and actions. Take a moment to think about your answers before reading ours:

Should you be proud of yourself for pushing so hard you can’t focus at your important 3pm meeting?

Probably not. You’re probably doing this to lose a little body fat and look a little more athletic while you keep crushing it at your highly demanding job. Or, maybe you want to prioritize having energy for your kids after work.

Whichever scenario applies more to you, a balls-to-the-wall approach—pushing so hard that you can’t focus as well as you should, or banging out push-ups until your wrist hurts and you can’t carry your sleeping child to bed at night—isn't the best way to skin this cat. The exercise you do does not need to have a detrimental effect on your personal or professional life. It should enhance those, not hinder them.

Should you aim to push yourself to do super-long HIIT sessions or a dozen HIIT sessions a week and wear them like a badge of honor?

Probably not. The research is pretty clear—short spurts of intensity are what you need, and pushing yourself at a high intensity for too long in a session isn’t just unnecessary, it’s actually potentially less productive. Your technique breaks down so you risk injury, and you end up pushing ‘sort of hard’ for too long, which causes quite different physiological effects than pushing ‘really hard’ for a short amount of time.

Furthermore, a ridiculous amount of volume or frequency is also a bad idea in the long run because it can result in serious physiological issues like chronic fatigue, overuse injuries and hormonal issues, amongst other things. Don’t forget that your body gets stronger and fitter after it recovers from exercise. So in order to improve, you need to give your body the time to rest.

Should you try a starvation diet or that ridiculous seven-day juice cleanse?

Probably not. Your body has its own built-in machinery to ‘clean you out’, and thanks to millions of years of evolution, it works better than anything you can get in a bottle. I’m talking here about your liver and kidneys. Spend five minutes googling 'substance toxicity' and then see if you think that (a) you’re actually poisoned with ‘toxins’, and if so, (b) whether a juice is actually going to cure you from real poisoning. Ever heard of hospitals stockpiling gallons of juice for treating people who have been poisoned?

Don’t get me wrong—juice is delicious, and has some nutritional value. But drinking juice every now and then is far different from trying to live on it and claiming it’s healthy and ‘detoxifying’. So forget about the juice cleanse—nourish your body with real food from the earth, drink water, and let your body work its own magic.

Hopefully we've established at this point that going to extreme lengths in the pursuit of quick-fire results isn't a sensible long-term game plan, even if you're a super-athlete. So what should you do? Here are a few practical recommendations that will help you set up a rational, sustainable weekly exercise routine that'll maximize your long-term results:

While high-intensity training is very potent and super effective, it's important not to go overboard. Two or three times a week is probably a good starting point, and after a couple of months or so you can look to ramp up the dose by adding an extra weekly session if you're feeling confident.

If you’re a high-performance athlete, you can probably get away with high intensity as much as five times a week, but remember that even at the highest levels, professional athletes have to take time off after intense stints (ranging from a whole week off to a couple of months off at the extremes). If you do too much, eventually your body will break down.

Listen to your body and train accordingly

At Ritual, we're very big on training according to how you feel (in the Ritual FIT app, the audio cues you hear are in part based on how you've said you're feeling that day on a scale of one to ten). The point is, even if you're doing an HIIT session, you don't need to go all out every single time. If you're feeling suboptimal but still want to train, consider doing a 'skills practice' day. Slow things down and use the time to practice technique with lighter weight.

If you practice a skill, you'll get better at it. Once you’re better at the dumbbell push press (for example), you’ll be able to do more of them, and once the patterning is ingrained you'll have the confidence to handle more weight and more complexity. This way, when it’s time to do your high-intensity stuff, your body is primed and ready to do more than it could do before, so you can get even more benefit from that single high-intensity dose.

Yes, high-intensity stuff is great, but don’t forget to do slower stuff a couple of times a week as well (by the way, moving at a lower speed is also important for fat loss). Learn to rock climb, go dancing, pick up paddle-boarding, take a long hike, or at least walk somewhere to get dinner occasionally instead of getting it delivered every time.

Accumulate at least 20 minutes of stretching across a week

Training at a high intensity can lead to tight muscles, and doing some stretching will help your body relax and encourage it to go into ‘rest and repair’ mode. You don’t necessarily have to do yoga, but if you find yourself skipping the cool down stretches after your workout, it's probably worth considering. 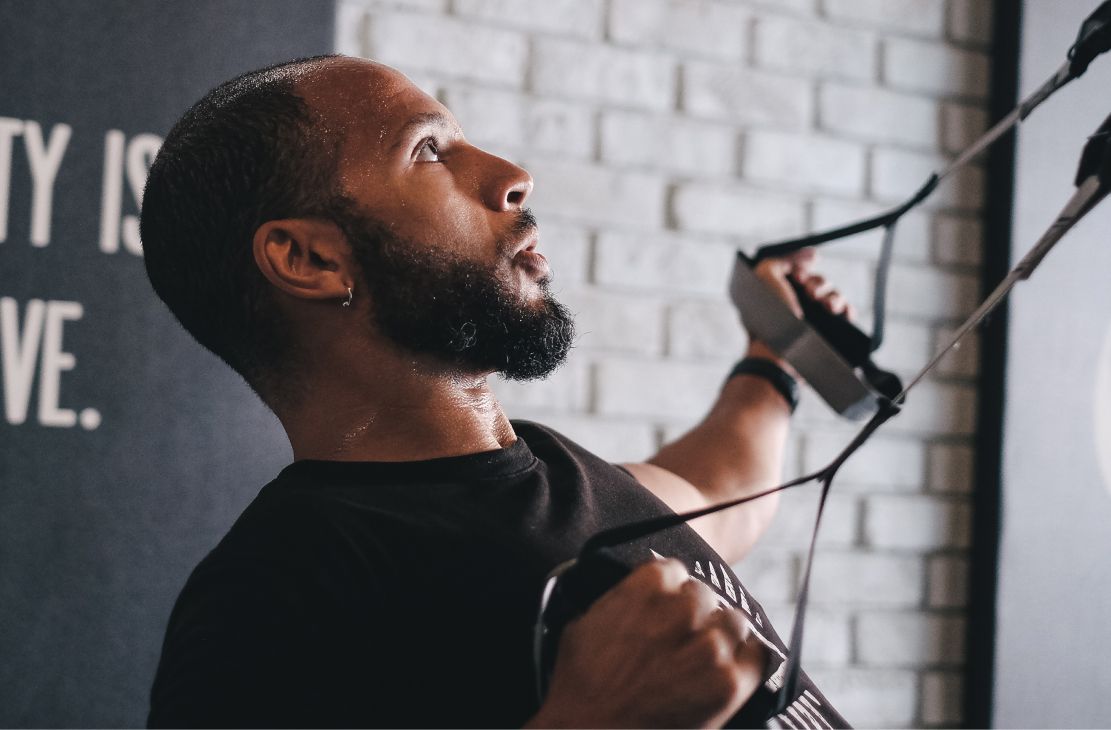 Level up your row 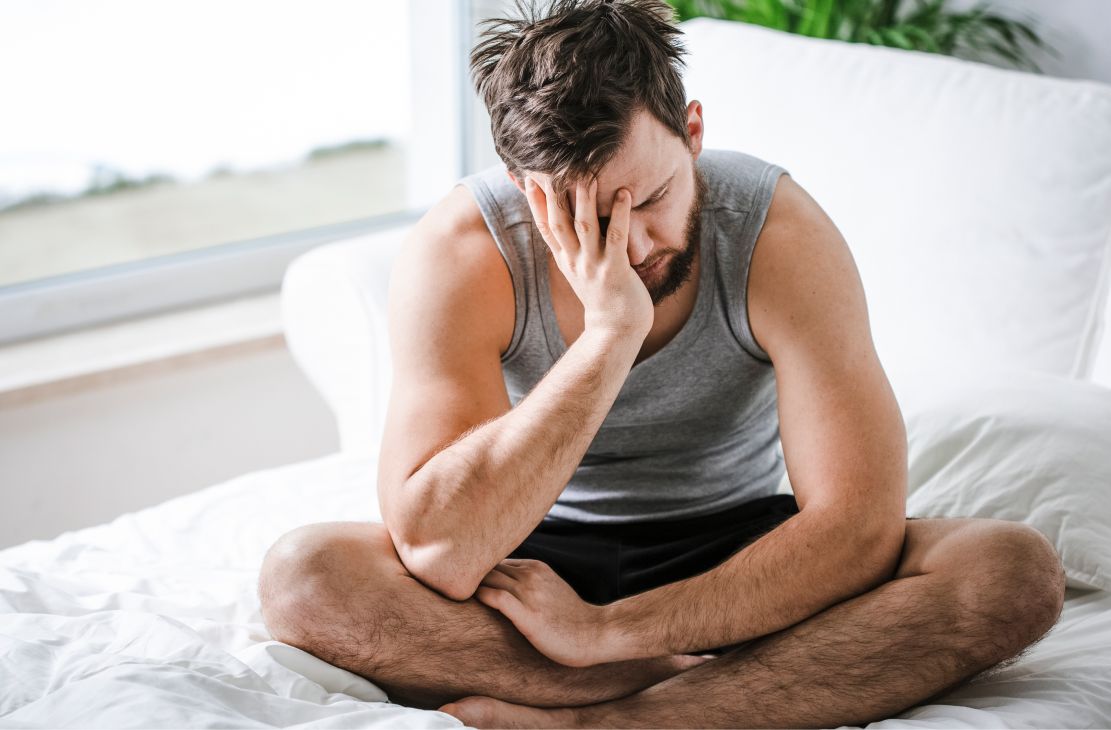 Feeling drained? Here are 5 ways to improve your performance 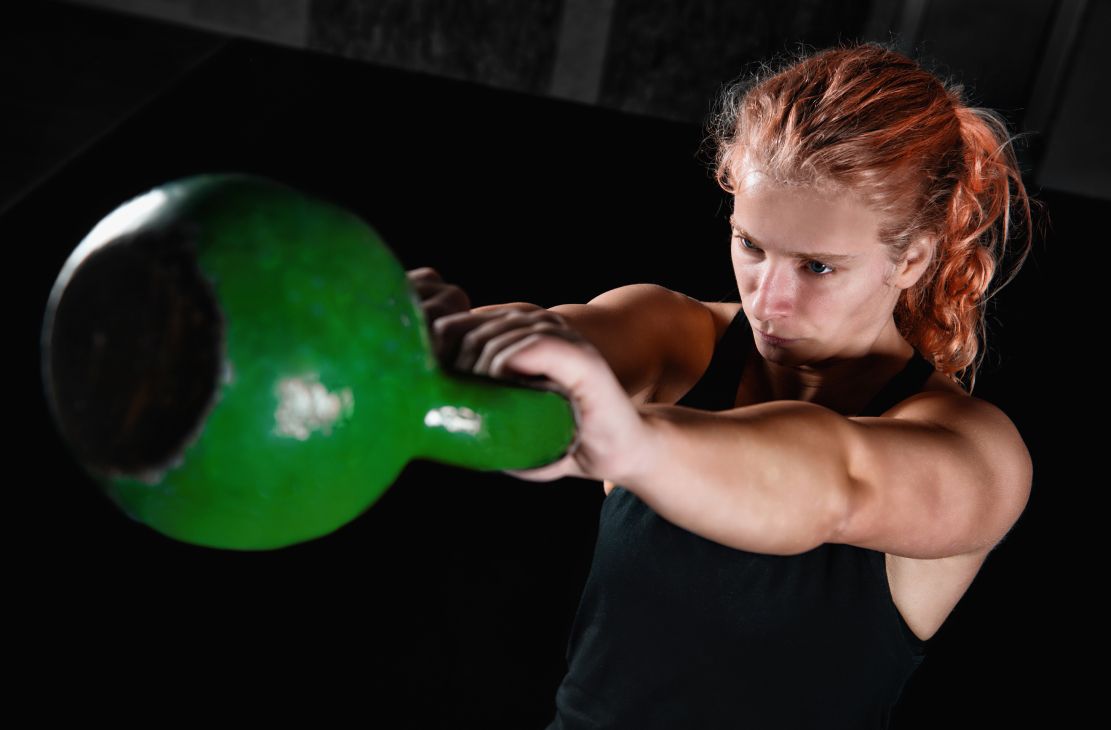 8 Ways to Get the Most out of Your Workouts